One of the best-known altruistic leaders who have walked on our planet and provided exceptional example of inspirational and servant leadership is Nelson ‘Madiba’ Mandela.  He once said, “I stand here before you not as a prophet, but as a humble servant of you, the people.” Another leader who inspired and motivated others to make change not by words but through exemplary actions is George Washington. He was the Commander-in-Chief of the Continental Army during the American Revolutionary War and one of the Founding Fathers of the United States.

In the American Revolutionary War, during preparations for a battle, a man in civilian clothes passed a corporal who was arrogantly ordering his men to lift a heavy beam. The man stopped and asked the corporal, “Why don’t you help them?” “Sir,” the answer came back indignantly, “I am a corporal!” With a muttered apology, the stranger stripped off his coat and pitched in to help the soldiers.

“Mr. Corporal,” he said, when the task was done, “whenever you haven’t enough men to do a job, call on your Commander-in-Chief. I’ll be glad to help”. With that, George Washington put on his coat and left. The true leaders and heroes of the 21st century and beyond will be servant leaders who walk and work selflessly behind their followers to create change in our world. 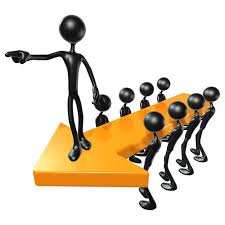 The Story Of the Rat Trap in the Farm House

Motivational Monday With Dan: The Story Of The Chinese Bamboo Tree

MOTIVATIONAL MONDAY WITH DAN: The Power of Positive Thinking (2)

May 21, 2018
Read More
Olamide Opeyemi Speaks On ‘The Seed’ At Salimo Leadership Youth TrainingPrevious Post
The Story Of the Rat Trap in the Farm HouseNext Post