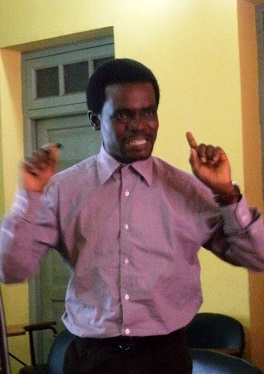 Members of Salimo–Wits Leadership Initiative gathered on Saturday 22nd August 2015 for the Youth Leadership Club event at the organization’s national office in Yaba, Lagos. This was the first meeting since the last leadership training programme which was held on August 30th, 2014 in commemoration of the international youth day. The guest speaker and lead consultant, Living Templates Mr. olamide Opeyemi spoke on the seed as the foundation for personal, social, metaphysical and governmental greatness.

The speaker explained that the destiny of a seed determines the appropriate environment for it to be planted, to germinate, to function and to grow into a massive tree of greatness that serves humanity. Olamide Opeyemi conclude his insightful and inspirational session with this statement: “Your life is not about pleasing yourself; it is about love, sacrifice and service. Sacrifice is the shortest route to greatness; refusal to sacrifice makes the journey a very tedious trek.”

The meeting also featured a presentation by an upcoming young entrepreneur, Nonni Michaels (CEO) Learned Creators Limited who spoke about his experiences as a shoe maker and designer during the ‘Sharing of Entrepreneurship Experience’ segment. The training was concluded at 4.10pm with a musical performance by Abikoye Damilola (Dammy Sax). Salimo-Wits Leadership Initiative which is committed to raising visionary and servant leaders organizes inspirational leadership trainings for young Nigerians passionate for national transformation and global impact.