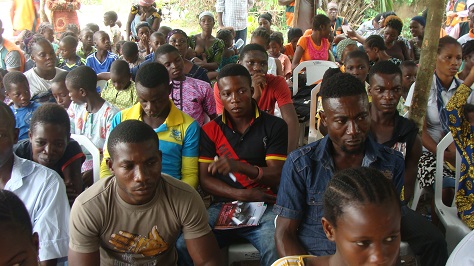 Global societies are witnessing an upsurge of issues for example drug abuse, human trafficking, HIV/AIDS, environment degradation and pollution etc. Substance abuse, also known as drug abuse, is the patterned use of a substance (drug) in which the user consumes the substance in amounts or with methods neither approved nor supervised by medical professionals. Drug abuse constitute a major public health problem all over the world and  in the recent time, there has been an alarming increase in many countries around the worldespecially amongst young adults, with no exclusion to Nigeria. According to the Nigerian Drug Law Enforcement Agency (NDLEA), the use and abuse of drugs by adolescents have become one of the most disturbing health related phenomena in Nigeria.

Gone are the days when drug use was regarded as a stigma, with drug users generally hiding to indulge in the act. Nowadays, drug abuse, addiction and peddling are gaining more ground in our society and more fashionable to young people. Several types of drugs are susceptible to abuse by youth. These drugs range from most common and less expensive such as cigarettes and alcohol to expensive and more deadly such as cocaine and heroin. Though the use of illicit drugs is not a new trend, it is growing at a worrisome rate with more ‘leaders of tomorrow’ embracing drug abuse due to poverty and unemployment, deteriorating family values, negative peer pressure, societal influence and decadence among others. The menace of drug abuse has eaten deep into the fabrics of our society; however, with the intensification of anti-drug campaigns, re-orientation and awareness programmes, the government and other relevant authorities can curb the spread of this scourge amongst our youths.

Based on the desire to re-orientate and build a new generation of young Nigerians towards a drug-free society, Salimo-Wits Foundation in collaboration with the Divine Treasurers and Prisoners’ Rehabilitations And Welfare Action (PRAWA)  on 11th April 2014,organized a one day Youth Empowerment Workshop for the nine (9) communities of Ibeju-Lekki, Local Government Area, Lagos State, Nigeria. The sensitization workshop which took place in Dongo Community and themed: “Implication of Substance Abuse on the Future of the Youth” was attended by over 130 participants including childrenfrom Dongo and adjoining Communities.  Arrival and registration at the venue of the event started at 11:00 am. The programme commenced with an opening prayer, the Nigerian National Anthem, as well as a keynote address by the president and founder of the Salimo-Wits Foundation and Divine Treasurers, Ambassador Dan Ekoko. He opened his inspirational speech with a definition of the term, ‘Youth’. Dan Ekoko described ‘Youth’ as the period from puberty to the attainment of full growth. According to him, in 1998 the United Nations predicted that by year 2010, the number of young people around the world would grow to more than 1.2 billion. Currently, half of the world’s population is under the age of 25. In Nigeria, one third of the population comprises of young people between the ages of 10 and 24.

He underlined drug abuse as one of the major distracters of Nigerian youths in the pursuit of their dreams for relevance, impact and greatness in life. He stated that when a person has no personal vision or goals, drug abuse and irresponsible living become almost inevitable. He spoke further that youth is the best time to prepare, plan, dream and strategize for the future. Youth is not a time for alcohol consumption, cigarette smoking, and marijuana use, participating in cult activities or other wasteful ventures. Using highly influential people in Nigeria and around the world as references, he explained that a person’s socio-economic background should not be the determinant of his or her future. He advised the participants to maximize the time of youth appropriately and wisely since everyone can be a youth only once in a lifetime. In conclusion, he declared the workshop open

The first workshop session was anchored by Pharm. Nonso Maduka (PRAWA), the Program Officer of Prisoners’ Rehabilitation and Welfare Action (PRAWA). He began his presentation by listing three major drugs – Alcohol, Cigarette and Marijuana which he referred to as the gateway drugs. The speaker debunked stories and popular myths associated with substance abuse such as the statement that “Alcohol is harmless.” He linked alcohol use and abuse to increase in the level of mental illness and mental disorder. He explained that peer pressure, imitation of role models, experimentation, the desire to feel grown up and dysfunctional families as some of the major reasons why young people start using and abusing drugs.  Pharmacist Nonso Maduka concluded his presentation with the statement that staying drug free is the safest strategy to staying alive. He also responded several questions from the participants.The second workshop session titled:  “Drugs to Wealth” was anchored by Ambassador Sunny Ikhioya – a trained sociologist, human capital development expert and writer. He explained to the participants the need for self-discovery, entrepreneurship, self-reliance, taking responsibility, skill acquisition and talent development. He closed his presentation with emphasis on resourcefulness, hard-work, perseverance, patience and determination as the key to success.

The empowerment and sensitization Workshop was concluded with the sharing of life experiences by ex-drug users and former cultists, as well as vote of thanks by the Baale of Dongo community and other elders of the participating communities. 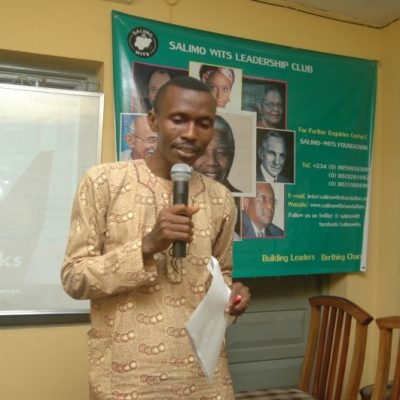